This picture shows the Grandeur Terrace in Tin Shui Wai, which was the largest Private Sector Participation Scheme in Hong Kong, and was awarded to Chun Wo in 2000. It is now transferred to public rental housing.

Shortage of land has long been an issue troubling the public of Hong Kong. Here we are facing: the most expensive home prices, the least average living space per person, a waiting time of more than 5 years for public rental housing and more than 200,000 people living in subdivided flats. Hence, short-term, mid-term and long-term land development policies are all critical to the welfare of Hong Kong people.

The Chief Executive Carrie Lam has recently presented her second policy address. During her presentation, she described her intention to deal with land shortage by means of finding more land. While most people have been focusing on the “Lantau Tomorrow Vision” she brought up, her suggestions regarding the short to medium term options for development have been very often misplaced. The Chief Executive has come across subjects such as “Land Sharing Pilot Scheme” — which involves the cooperation between public and private sectors. Other than that, the study and development regarding brownfield land should be sped up, and the ratio of public to private housing should be increased to 7:3 in the future. She also wants to implement measures once again to revitalize industrial buildings and provide transitional housing through which.

Despite being a member of the Task Force on Land Supply, I would like to express my very own opinions. In order to build massive public and subsidized housing within a short period, the government has to deal with two major issues: find and unleash idle land already available and review the complicated procedures inside the government to unblock the “bottlenecks”.

Among the many potential options regarding land supply, brownfield land, the Fanling Golf Course and otherlands used for private entertainment, as well as private farmland are the only options that do not involve the creation of new land, which is going to take a long period of time. Reclamation indeed can create a large piece of unobstructed land, which is ideal for long-term planning and development; nevertheless, the process usually takes at least 10 to 20 years. On the other hand, most brownfield land is occupied by, for instance, logistics and construction businesses and used for commercial purposes. These businesses cannot relocate until they have found new operating premises. As for the taking back of the Fanling Golf Course, different parties in society have different views and the government will not be able to make any decision until the report of the Task Force on Land Supply is released. PPP for land provision, therefore, should be the most effective short-term solution to unleashing land potential. Unleashing a portion of private farmland in the New Territories can provide as much as 1,000 hectares of land within the next 5 to 10 years, which could fill the gap of land-requirement for the next 10 years.

PPP is actually not a new concept. Various partnership projects have been proceeding since decades ago in Hong Kong. Some of them are successful, while others remain controversial. Successful examples include City One Shatin and Taikoo Shing, which are now well-developed communities. Labeled as “the city of sadness”, Tin Shui Wai, on the other hand, is listed among the controversial ones along with Park Island, of which the residents protested many times against insufficient ferry services, and Cyberport, which was criticized as more in name than in fact and a real estate project created out of the collusion between government and the business sector. We can learn from previous experience that the keys to ensure the success of PPP are 1) the building of a fair, transparent and open partnership mechanism to avoid any project being tilted in favor of real estate developers; 2) consideration to set up particular organizations such as a management bureau to plan, manage and supervise these projects.

Among the many PPP formats in the past, the Private Sector Participation Scheme (PSPS) has been proved to be effective and highly efficient. Examples of PSPS include Kornhill Garden in North Point, Chi Lok Fa Yuen in Tuen Mun and Richland Gardens in Kowloon Bay. Under the scheme, land is first allocated, sold or zoned as mixed development land with its surrounding infrastructure and public facilities planned. Then, private developers must design and build public and subsidized housing according to given specifications and standards within a fixed period. Afterward, these flats are taken back from the developers at agreed prices.

Noticing that private developers are now keeping a large amount of land, we can consider optimizing the original PSPS by the introduction of government-led planning and development: First, permission from the government to use arable land for the domestic purpose should be granted (domestic plot ratios should also be increased). Second, developers should be required to build public and private housing at a certain ratio within a fixed period, and then the government will take them back at market price (private housing price based on the market return at the time, i.e., an internal rate of return of approx. 12-15%).

Advantages of such an optimized scheme are (1) Provision of the option to unleash private farmland, which is a very efficient way to unleash the potential of land and promote the development of the New Territories.  (2) The government can provide housing of fairly good quantity at more reasonable prices while developers are granted reasonable profit. (3) The time required for building is shortened as the development is backed by the resources of privately-owned businesses; complicated government procedures are also bypassed. (4) The most important benefit is that the government no longer remains passive regarding private developers’ planning; instead, the government takes the leading role in planning the development which helps to keep her projects from being hijacked by consortia.

Some people recently suggested that the government should invoke the “Lands Resumption Ordinance” to take back privately-owned farmland for renewal. The government indeed has been resuming private land for public purposes from time to time; nevertheless, it is my opinion that the ordinance should only be invoked deliberately when there is enough evidence showing that the land resumed is to be used for public purpose. Or else, it could impact Hong Kong because the city has always been proud of her free market economy and having an environment in which private property rights are protected. Moreover, invoking the “Lands Resumption Ordinance” to collect land requires even more time. Completing complicated government procedures and dealing with potential lawsuits brought by developers are additional problems that may further lengthen the time for development. These are all hindrances to our land-seeking plan.

It is as if the real estate market in Hong Kong is driven by real estate developers. To the society of Hong Kong, the situation has undeniably become a serious structural problem with no short-term solution. Yet, the society should not associate this problem to the land shortage. While the structure of the real estate market in Hong Kong is being reformed, finding a solution that can immediately and effectively solve our housing problem becomes even more important. Sooner or later, the hidden value of farmland hoarded by developers is going to be transformed into profit. Yet, Public-Private Partnership development can unleash a large amount of potential land supply within a short period of time Despite that PPP development was often labeled by the society as "collusion between government and business" in the past, the government could still allay public concerns by implementing an open, fair and transparent mechanism to ensure that the development is in line with public interest. Hence, I believe that PPP is still the first choice among the many land-building options.

(This is a Chinese-to-English translation by Corporate Communications Department. The original article has been edited and published in Apple Daily on 13 December 2018) 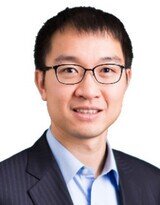 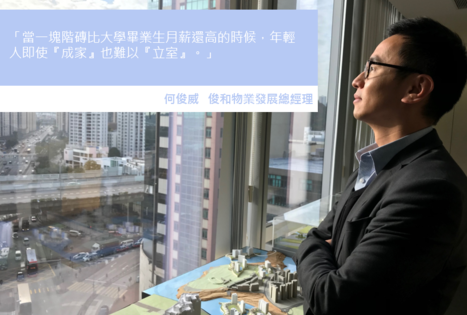 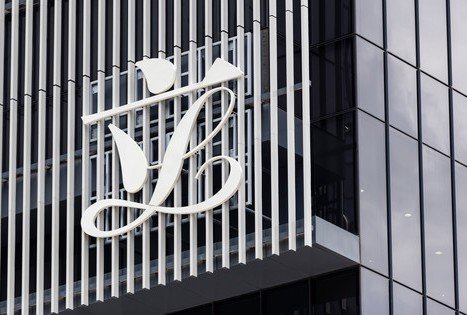 The Corner for Political & Business Views — Who is Impeding Our Land Supply? 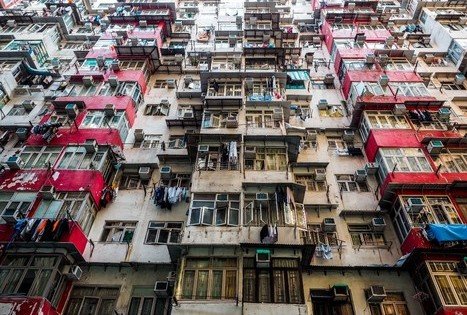