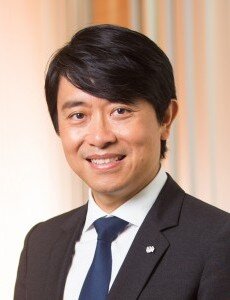 Mr. Wu previously worked for a number of international investment banks and possesses over 29 years of experience in the investment banking, capital markets, institutional broking and direct investment businesses. He is a registered license holder to carry out Type 6 (advising on corporate finance) and Type 9 (asset management) regulated activities under the Securities and Futures Ordinance (Chapter 571 of the Laws of Hong Kong). He has been appointed as a member of the Guangxi Zhuang Autonomous Region Committee of the Chinese People’s Political Consultative Conference since January 2013.